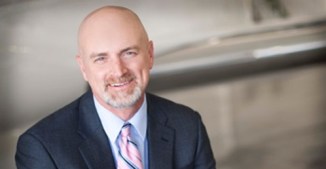 Brian Griffin pursued a degree in English from the University of Florida in his hometown of Gainesville, FL. After college, Brian relocated to Sarasota, FL, and spent the next four years touring the Southeastern United States as a professional golfer on various mini-tours. Brian Griffin, president of Griffin Aviation Insurance Group, has over ten years of experience in the insurance industry. Starting in 1999, upon the completion of his golfing career, Brian joined Selective HR Solutions in Sarasota, FL, as a direct sales representative. Brian was quickly promoted to agency field representative and relocated to Charlotte, NC, in 2000.

Brian joined Swimmer Insurance Agency in 2001, where he served as a property and casualty producer. Starting in 2006, Brian began the development of a specialized line of business on behalf of Swimmer Insurance Agency. He cultivated lasting relationships within the aviation industry, and he made it his business to educate himself on the intricacies of aviation insurance. Brian’s tireless networking and research paid off, and in April 2007, he took the agency in a new, bold direction, when he launched Swimmer Aviation Group (SAG). Soon, SAG took flight, and Brian had found his niche and earned the trust of many loyal clients. In May of 2009, with the cooperation of ownership at Swimmer Insurance Agency and his established book of business, Brian branched out on his own and founded Griffin Aviation Insurance Group, LLC.

Brian is married to Katherine Griffin, and together they have four children.

As a licensed pilot and aviation insurance specialist, Brian possesses the necessary skills and expertise to negotiate the most comprehensive coverage at the best price. Choosing Griffin Aviation Insurance Group takes the guesswork out of shopping for aviation insurance so you can get back to business.